Horizon Yachts founder and CEO John Lu has been honored with a Lifetime Achievement Award at the 2022 Boat Builder Awards. Sponsored by IBI, METS Trade and Raymarine, the annual Boat Builder Awards celebrates the leisure marine sector’s top talent, innovations and business achievements. This year’s gala dinner and celebration was held Tuesday, November 15th at the Amsterdam Maritime Museum’s historic amphitheater in The Netherlands, where 13 winners and two Honorable Mentions were selected from a nominee pool of 32 companies from 16 countries. 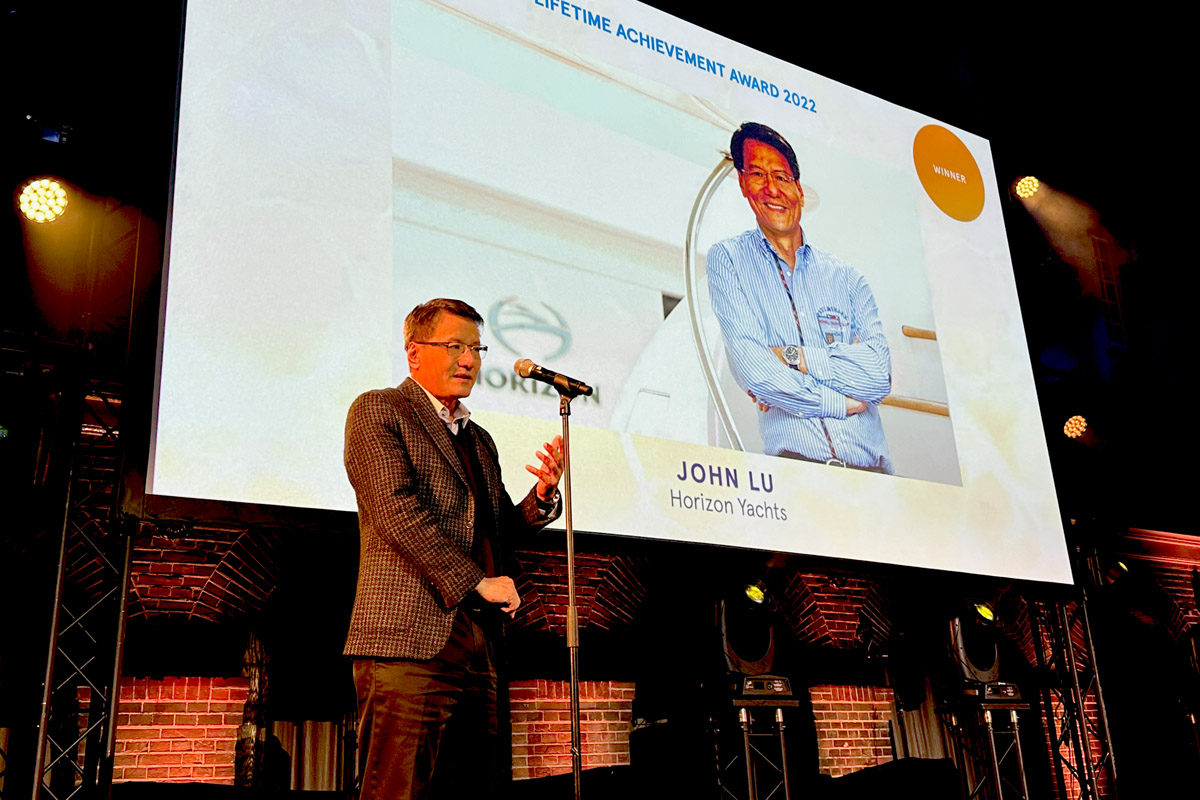 Presented with the final and most prestigious award of the evening amidst a standing ovation, John joins an exclusive group of industry pioneers who have been honored with this award over the years. In his commendation, John was praised for being an extraordinary visionary, innovator and a calculated risk taker. Founded in 1987, Horizon Yachts continues to rank among the top ten yacht builders in the world with John’s vision driving the business forward. 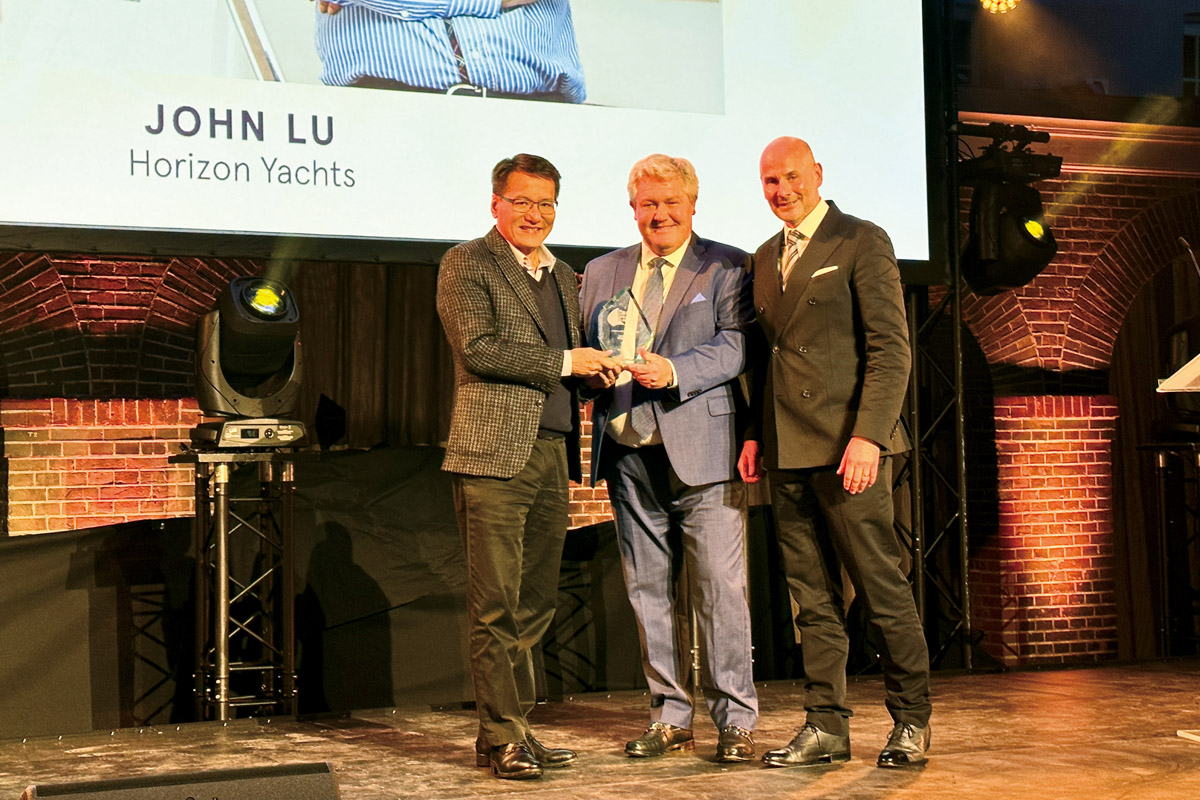 “I am extremely honored to be recognized with the Lifetime Achievement Award,” says John. “Building Horizon from a humble Original Equipment Manufacturer (OEM) to a world-class yacht builder has been a collaborative effort with a talented staff of engineers and naval architects for whom I’m very grateful.”

John Lu’s dream of being a boat builder first took shape in the 1980s. John studied naval architecture at the National Taiwan Ocean University and interned for Kha Shing Enterprise Co. Ltd. That internship progressed to the position of chief engineer, after which John worked as a yacht surveyor. But his entrepreneurial spirit was strong, and in 1987, John purchased a 219,000 square foot parcel of foreclosed land next door to the Kha Shing shipyard and convinced a few contractors and friends to join his ragtag team. 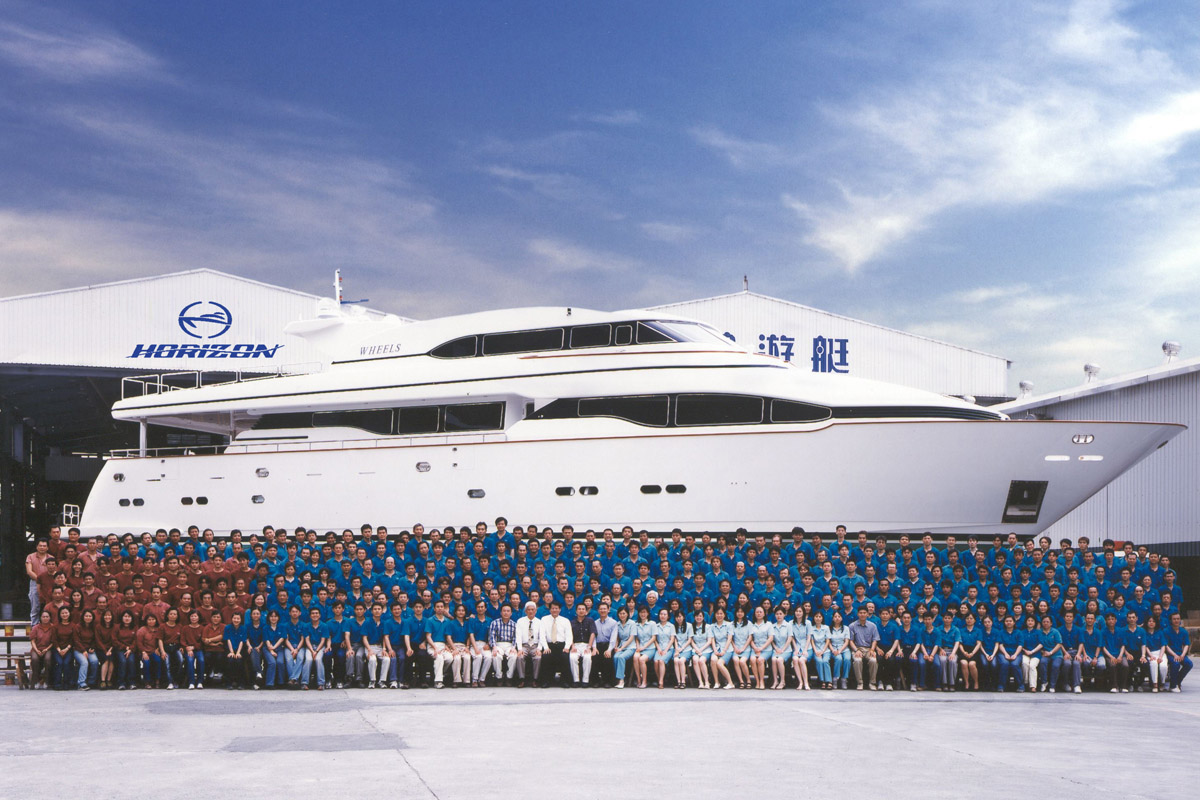 John began by building 40 - 60ft yachts with hand-laid FRP for the European and U.S. market and steadily progressed into building a successful series of motor yachts under the Elegance yachts moniker for the European market. 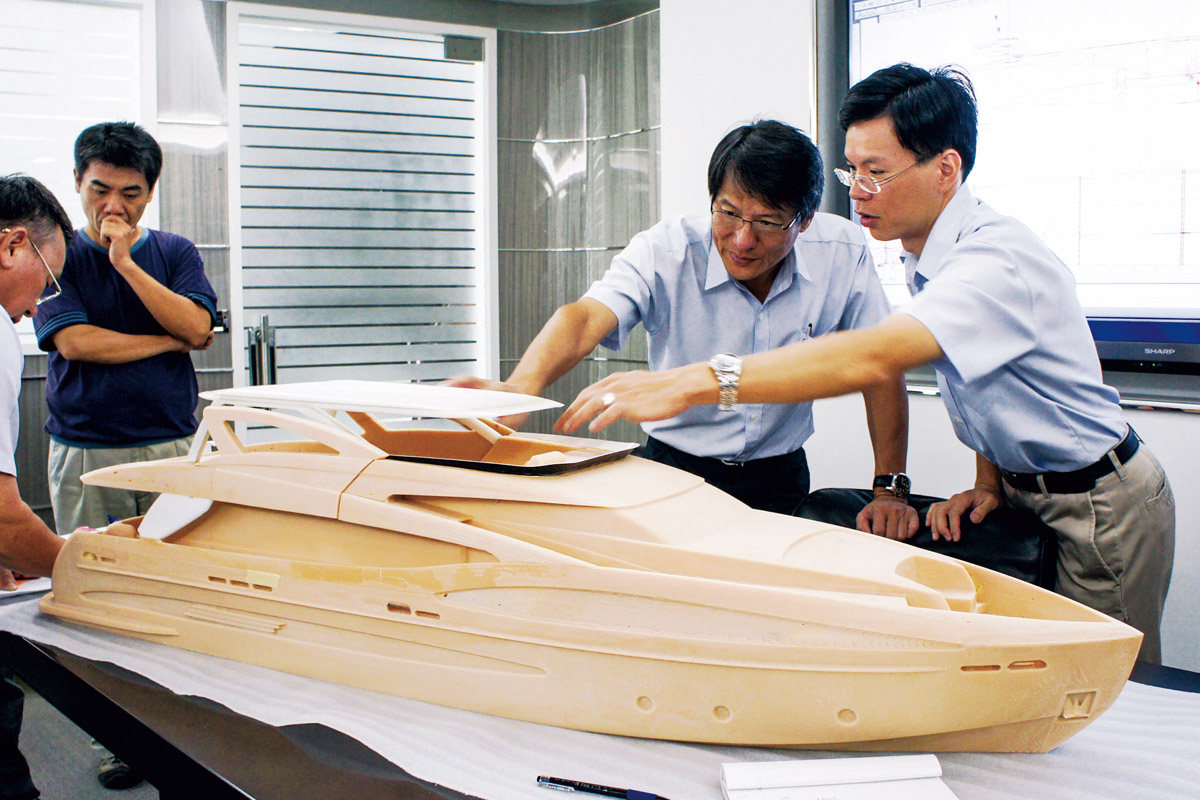 With each market twist and turn, John did his research, studying trends, historical and cultural data, and focused on constant improvement, investment and innovation. In 2000, he created the Horizon Group comprised of separate departments overseeing specific areas of construction. This included Atech Composites, which produced the yacht hulls using the SCRIMP infusion method. When the 2008 financial crisis hit, Horizon stayed afloat - thanks to John’s focus on keeping the company privately owned and debt-free. In 2009, John pivoted from being an Original Equipment Manufacturer (OEM) and building on demand for global dealers and took the leap to establish Horizon Yachts as its own brand presence. 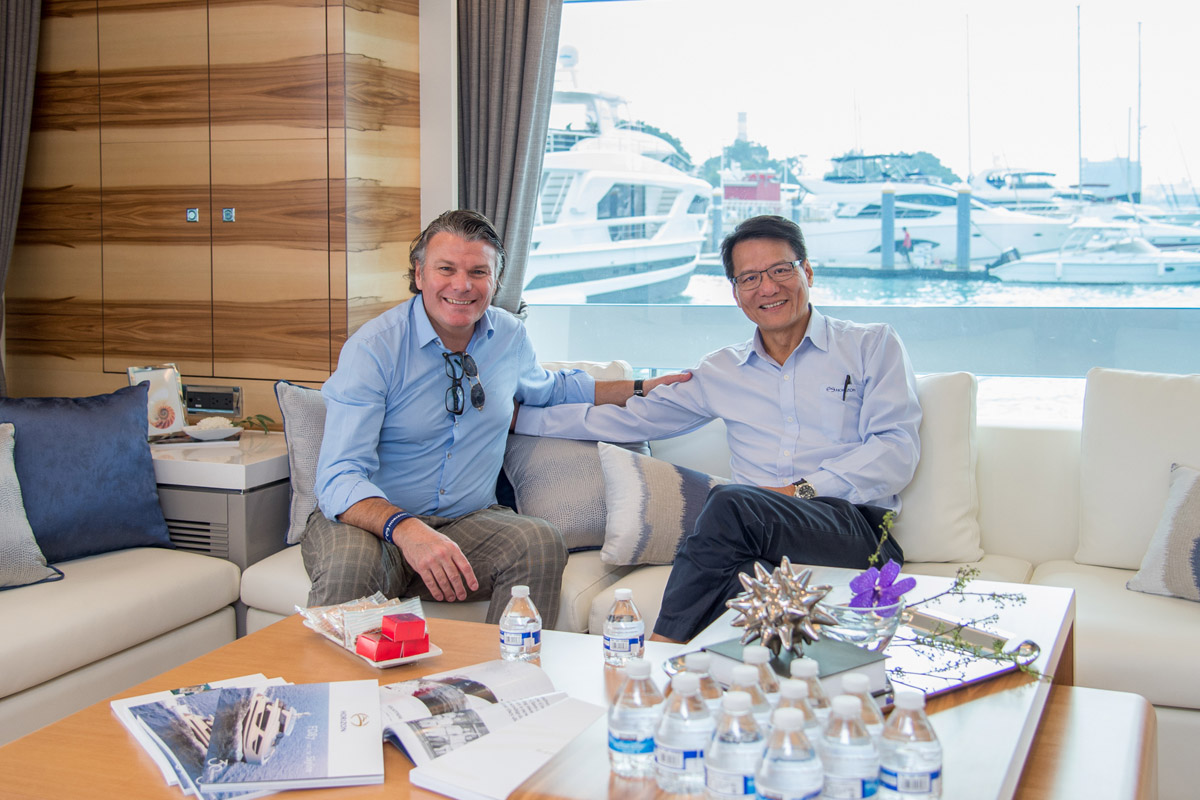 John’s daily influence continued as the Horizon Yachts brand grew with award-winning yacht builds and the establishment of a Horizon Yachts office in the U.S., another in Australia, and representation in Europe. In 2016 John took yet another risk and contracted the world-renowned yacht designer, Cor D. Rover, which led to the creation of the Fast Displacement yacht series and pioneered the high-volume yacht trend adopted by other yacht builders around the world. 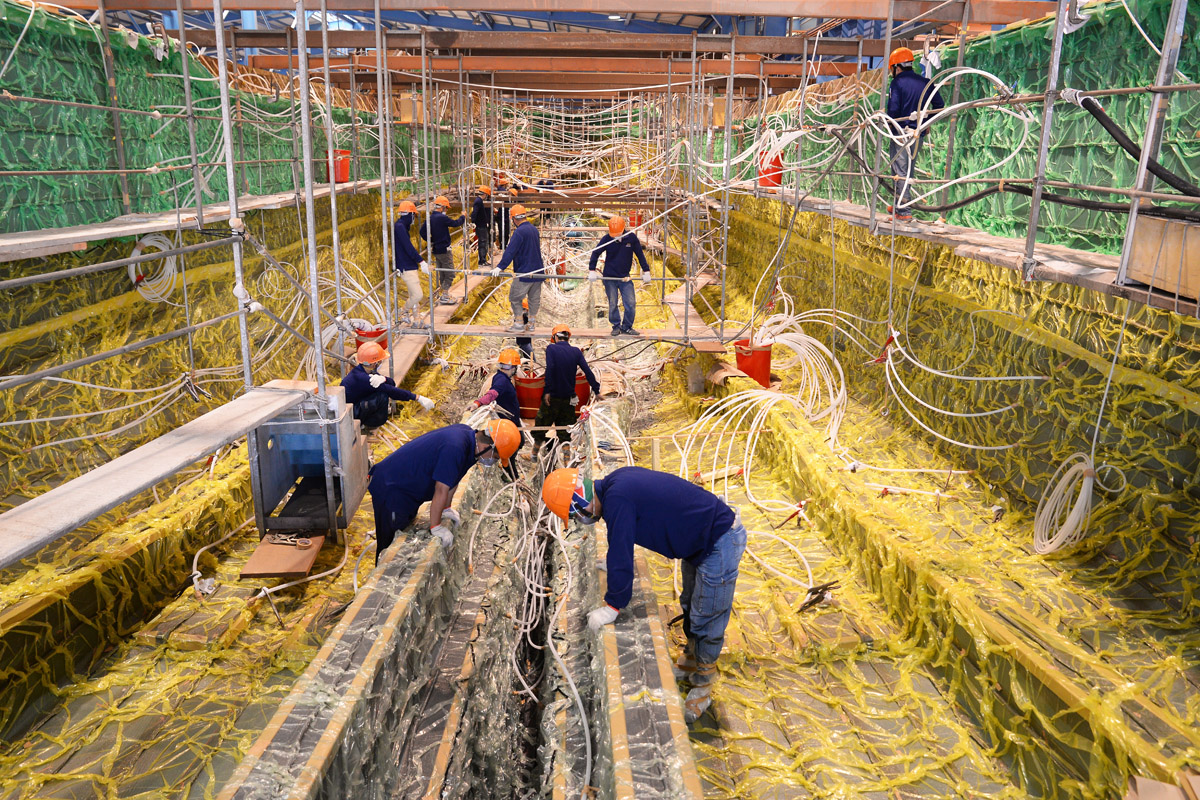 Innovation and investment continued, as Horizon’s Atech Composites created a 6D resin infusion process and began implementing Non-Destructive Testing Methods borrowed from the aerospace industry into its builds in 2020. Focused on the cornerstones of Innovation, Technology, Customization and Collaboration, Horizon further distinguishes itself from the competition by collaborating with its experienced owners, which leads to innovative yacht features and new yacht series. 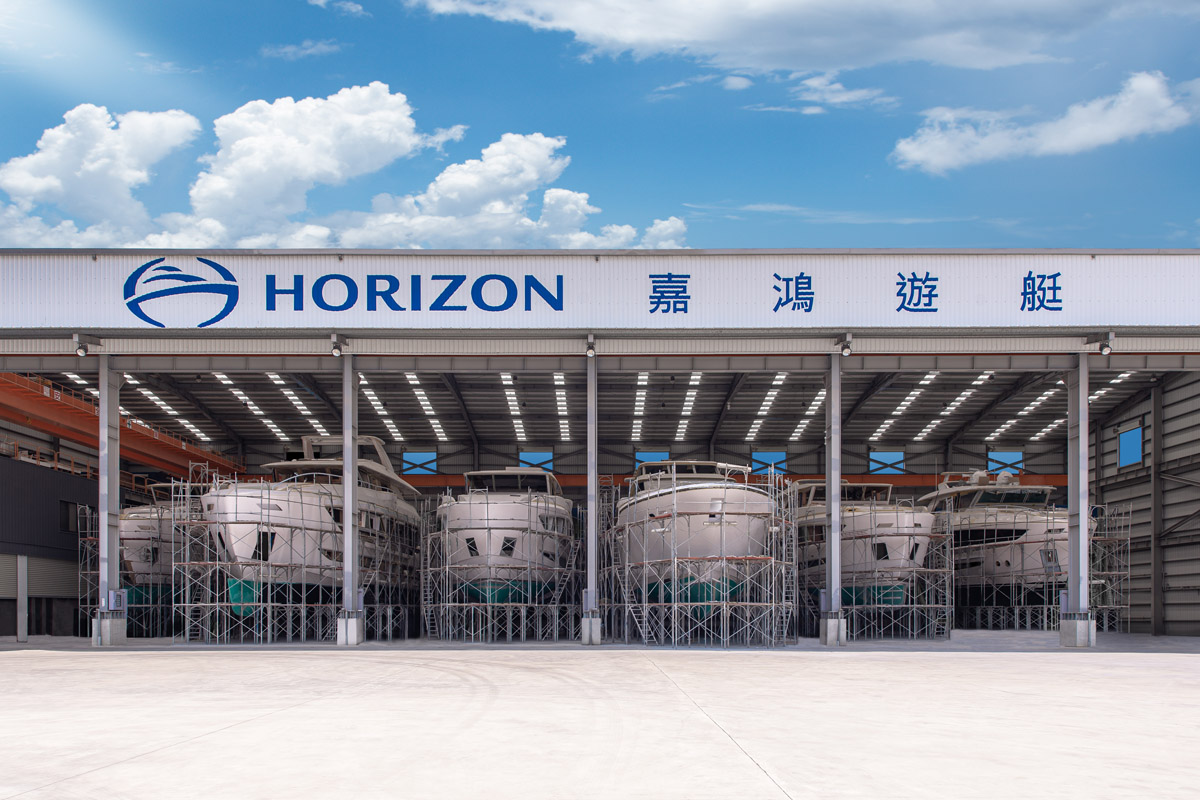 Horizon Yachts remains a privately-owned company that consistently ranks among the world’s Top 10 yacht builders. The company employs 800 people, many of whom have remained with John since the beginning. A recent $15M expansion has added a 107,000sqft state-of-the-art facility that streamlines production of Horizon’s seven yacht series ranging from 52 - 150 feet in length, of which over 890 have been built to date.