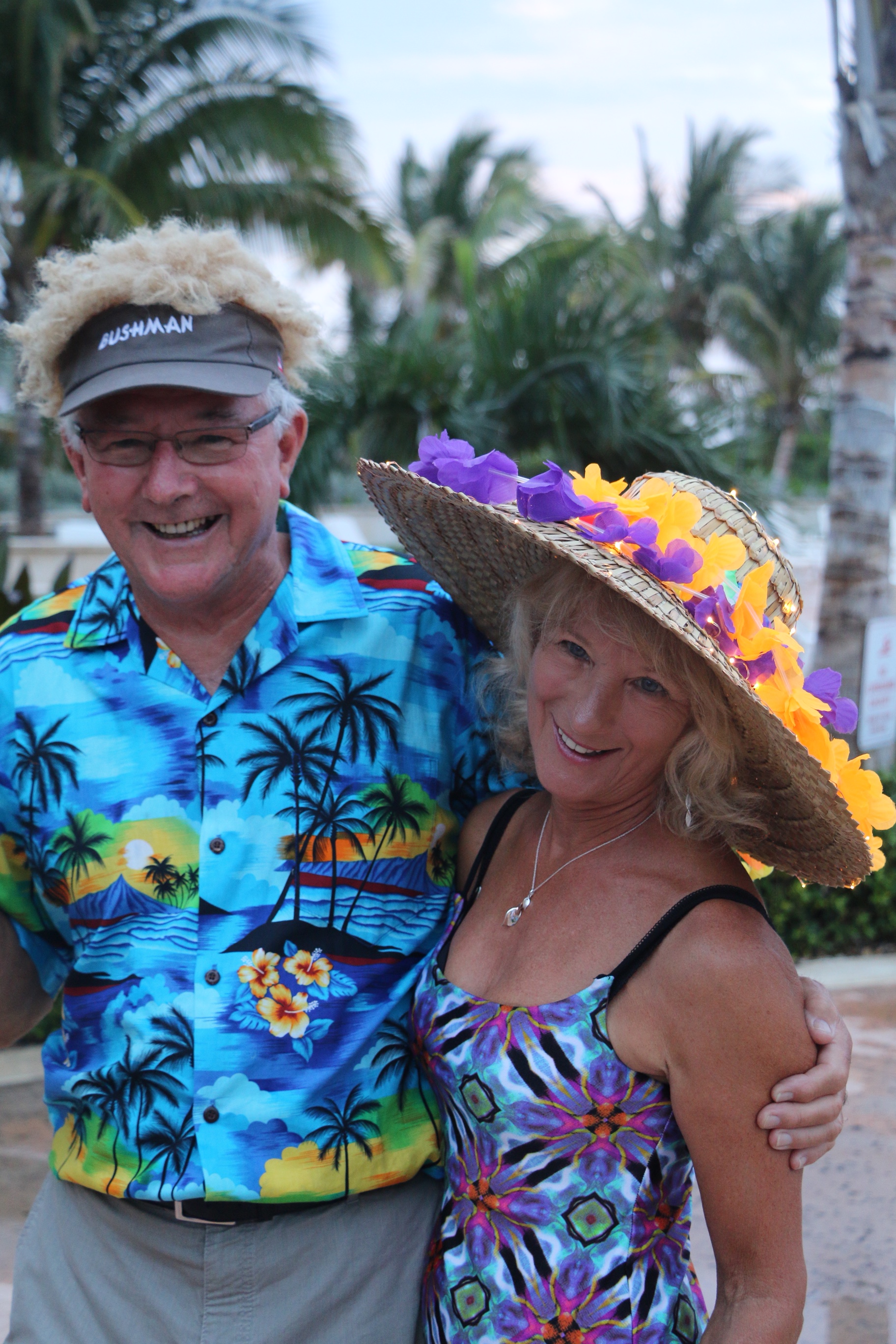 Alec and Barbara Hammond are the owners of the Horizon Power Catamaran PC60, Ptolemy. Built in 2015, Ptolemy is the second Horizon PC60 for these repeat Horizon yacht owners, who commissioned the four-stateroom yacht to suit their retirement lifestyle. When the COVID-19 pandemic began spreading across the globe and The Bahamas closed its doors to visitors in late March 2020, the Hammonds decided to hunker down aboard their 60ft power catamaran and enjoy the enhanced solitude of their favorite cruising grounds.

CRUISING LOG: SOLITUDE AND COMRADERIE IN STANIEL CAY
“After two months in mostly solitary isolation in the Ragged Islands in the ‘deepest corner’ of the Bahamas, we are beginning to turn towards the north and are now in the Exuma Islands,” writes Alec. “We spent a few days in our favorite anchorage at Big Farmer’s Cay where, once again, no other cruising boats were to be seen.” Ptolemy then moved on to the popular Big Major’s anchorage at Staniel Cay where they were the sole vessel in the sheltered anchorage that normally hosts 25 to 30 boats at anchor during the height of the season. They wouldn’t be alone for long, however.

“We have been keeping in touch with three Horizon Power Catamarans on their 1,200-mile passage from the Virgin Islands to Fort Lauderdale,” says Alec.

Since everyone had been self-isolating on their boats for several weeks, the Hammonds decided to take the opportunity of having the beautiful Staniel Cay anchorage to themselves and host a pot luck evening. It was a sight to see, as the three Horizon PCs slipped into the anchorage and a semi-Horizon PowerCat Rendezvous between two PC60s, a PC65 and the Horizon Power Catamaran PC74 flagship, Seaglass took over the scenic destination. Sunset cocktails, a delicious potluck dinner, and flowing drinks and frivolity ensued! The trio resumed the journey the next day, “some, I’m delighted to say, were nursing raging hangovers!” says Alec.

CRUISING LOG: BAHAMIAN HOSPITALITY & THE LITTLE THINGS
“We stayed another twenty-four hours nursing our own hangovers and then slipped onto the fuel dock at Staniel Cay Yacht Club where we were welcomed by an old local friend, Brooks, who had also slipped in for fuel,” writes Alec.

But getting diesel during the limited service and supply situation created by the COVD-19 pandemic would turn out to be a bit more drama than originally anticipated. For five long hours, Ptolemy sat at the dock as the dockmaster tried to get the pump to work without success. Luckily, the pump was fixed by the next day and the dockmaster messaged the owners so Ptolemy could return to fill up with 400 gallons of fuel and head to the Staniel Cay Marina dock for the night.

“We continue to enjoy the company of sharks under the boat most of the time. When we see them in the underwater lights at night, we think of them as our guard dogs!!” For so many people around the world, being unable to enjoy those small things that are so often taken for granted has become the very thing everyone misses the most. This night at the Staniel Cay Marina would be the first night Ptolemy was not on anchor somewhere for close to three months. While the marina, bar and restaurant were officially closed, the staff arranged for a lovely steak dinner to be delivered to the boat.

“Whilst most folk back home, or wherever they may be during this awful time, can get restaurants or bars to deliver or maybe go to a drive-by window for a meal, this was the first dinner not cooked on board by Barbara for more than eighty days, so it was quite something to celebrate and enjoy!”

The Bahamian spirit that so defines these amazing cruising grounds was prevalent, and Nettie Miller, who is part of the Staniel Cay Marina management, personally delivered a package of mail and medication to them. “The lovely Debbie, who sent the package from Oxford Products back in the U.K., had slipped in a couple of magazines to keep a sad old classic car nut happy,” writes Alec. “Thanks Debbie!”

The delicious steak dinner leftovers made for another satisfying lunch the following day. “Being a sensible chap,” says Alec, “I didn’t eat the fat from around the edge, instead coated it in mustard and fed it to the nagging black-headed gulls, which is always entertaining!”

CAPTAIN’S LOG: NATURE’S SPLENDID RETREAT
“So, are we stir crazy?” writes Alec from Ptolemy’s mooring at the stunning Cambridge Cay anchorage in the Exuma Cays Land and Sea Park. “Well, not really, but we are beginning to think that we have done enough quarantining and isolating and are feeling the ‘tug’ of home, family and friends.” 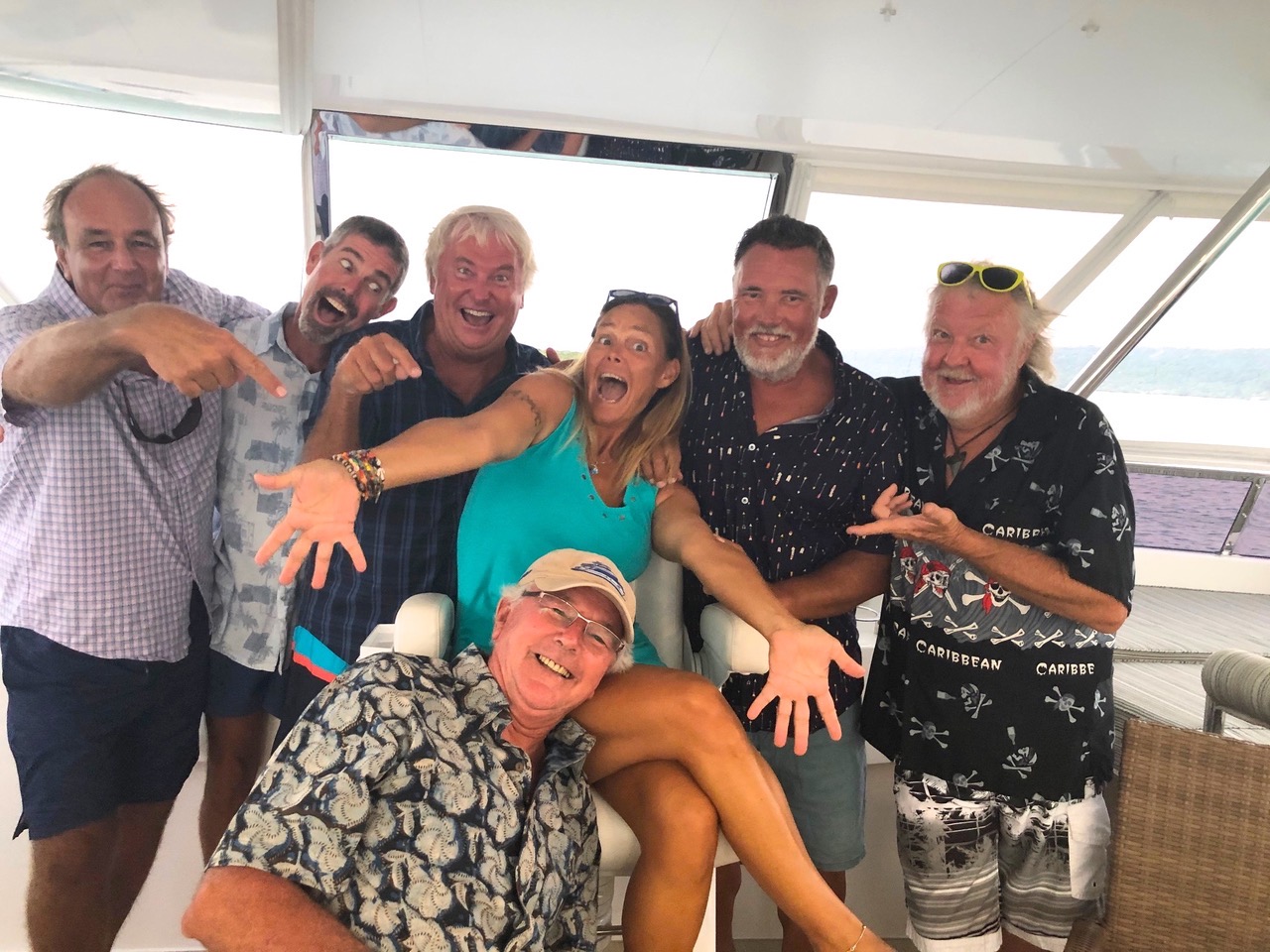 Following the weather windows as they appeared, the Hammonds slowly made their way toward Fort Lauderdale, Florida via New Providence and the Berry Islands for scheduled service and maintenance, during which the Hammonds made plans to stay with friends in Maine before their return to the U.K.

“Obviously we are very mindful of COVID precautions and will do everything we can to limit exposure,” says Alec. “If the second spike that some predict becomes a serious reality, we may just turn around and disappear back into The Bahamas!”
We use cookies to enhance your experience. By continuing to visit this site you agree to our use of cookies.Learn More Here