2020 Horizon Open House - An Exhibition of Yachts, Culture and Innovation

Share
Over 300 owners and special guests from around the world gathered in Kaohsiung, Taiwan January 14-16, 2020 for Horizon’s biennial Open House, which was a celebration of yachts, culture and innovation.
Day 1 / / Yacht Showcase and Gala Dinner
Attendees of the 2020 Horizon Open House could not have asked for better weather during the three-day biennial event, and Day 1 began with brilliant sunshine and bluebird skies. The excitement was palpable, as this Open House would mark the first time that the entire series of Horizon FD yachts were on display in one location, including the highly anticipated world debuts of the FD75 and FD102 models. Since the Series was first unveiled with the FD85 in 2016, it has expanded to include seven models, with an impressive 20 yachts sold during a three-year period.

As the afternoon waned, attendees donned their cocktail attire and were whisked off to Kaohsiung’s Jubilee Hall for the Open House cocktail party and gala dinner to officially kick off the event. Greeted with champagne and canapés, owners, yacht designers, suppliers, dealers, journalists and special guests from around the world mingled and chatted before heading into the ballroom for entertainment and sit-down dinner. The evening began with a mesmerizing Cyr wheel performance by Asia’s Got Talent star and international sensation Mr. Yang Shih-Hao, who hails from Taiwan, and continued with multiple musical acts who kept the guests engaged. CEO John Lu gave a welcoming speech and everyone enjoyed a multi-course dinner followed by dessert and dancing well into the evening.


Day 2 // Yard Tours, Yacht Hop and Harbor Cruise
The caravan of Horizon-branded Mercedes vans delivered guests to the Horizon shipyard this morning for a tour of the 452,080-square-foot facility and design center where yachts up to 150 feet are built, followed by an interactive exhibition at Atech Composites, Horizon Group’s technology center. At Atech, attendees were given a first-hand demonstration of the yard’s proprietary 6D resin infusion process, which is used in multiple industries, from aerospace to rail, auto and marine.

Later that afternoon, guests were transported to the Horizon City Marina for the official unveiling of six brand new Horizon yachts, including the world-debuting FD75 and FD102 among the lineup that included a new FD80, FD87, PC65 and RP100. Smiles and laughter filled the air as attendees traversed from yacht to yacht, marveling at the voluminous interiors, craftsmanship, engineering and ingenious functionality. Then, with champagne in hand, guests boarded the yachts for a sunset cruise through the Kaohsiung Harbor. The scene was magnificent as the caravan of yachts gracefully glided through the waterway as the sun made its glorious descent with the sparkling city of Kaohsiung as a backdrop.

Upon return to the marina, Horizon had yet another surprise for the esteemed attendees, who were welcomed to an impressive al fresco buffet dinner accompanied by live music which inspired hours of dancing under the stars with new friends.


Day 3 / / Cultural Tour and Farewell Dinner
Yet another warm, bright and sunny day welcomed guests as they were transported to the Fo Guang Shan Buddha Museum. This breathtakingly beautiful site is a cultural, educational and religious center dedicated to Buddhist teachings. Built over a decade and completed in 2011, the museum grounds feature 48 underground palaces, eight pagodas and the world’s tallest bronze Buddha statue, which presides atop the temple. After a tour and leisurely vegetarian lunch at the museum, guests enjoyed some free time before embarking for the final event of the Open House: the farewell dinner at the space-esque National Kaohsiung Center for the Arts.

The final farewell dinner was held in yet another example of Taiwan’s architectural creativity: The National Kaohsiung Center for the Arts. Completed in 2018 and encompassing 24 acres, the center is the world’s largest center for the performing arts under one roof. The dinner began with a surprise video presentation of the Open House events captured by a talented photography and videography team. Guests enjoyed another multi-course gourmet dinner with many toasts and much laughter. As the Kaohsiung skyline lit up in the background, the evening wound down with fond farewells from all and promises to return for the next event in 2022.

Stay tuned for news on the dates for the 2022 Horizon Open House. 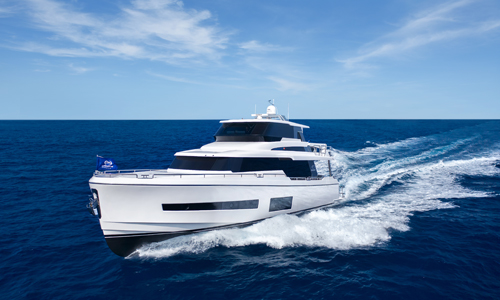 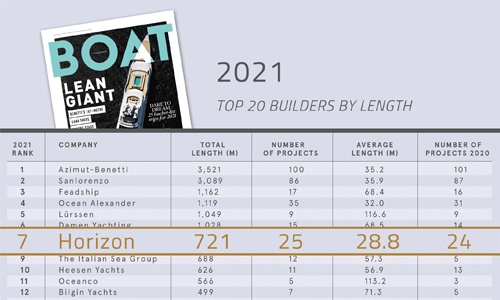 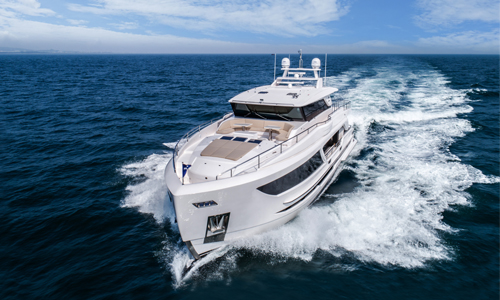