Share
Built for experienced owners, this V68 has been purposefully designed to accommodate an extended family. 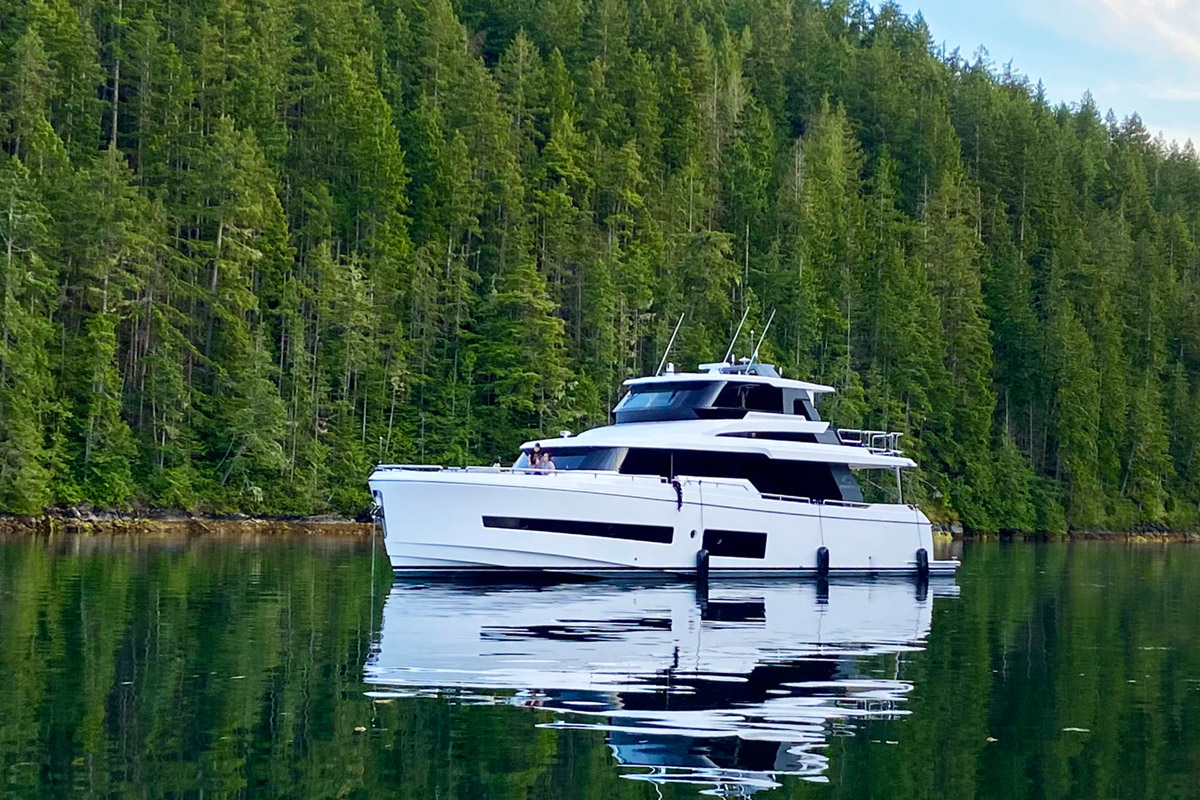 What began as an exploratory conversation became a new V68 for a Seattle, Washington-based couple looking to move into a larger yacht to accommodate their growing extended family. Sold by Emerald Pacific Yachts (EPY) of Seattle, the V68, christened Good Buddy, is the third yacht but the first Horizon build for the experienced owners. As they began their extensive search for a bigger yacht to satisfy their criteria, an early conversation with longtime EPY broker Randy Buckell in March of 2020 evolved into a friendship and the eventual build of the 5th hull of the successful V68 model.

Good Buddy’s design was a collaboration between the owners, Randy Buckell, and Austin Lin of Horizon’s Vision Shipyard. Her four-stateroom layout comfortably accommodates the owners and their grown children and grandchildren, while the enclosed skylounge configuration allows for year-round enjoyment of the family’s preferred cruising grounds of the Pacific Northwest. 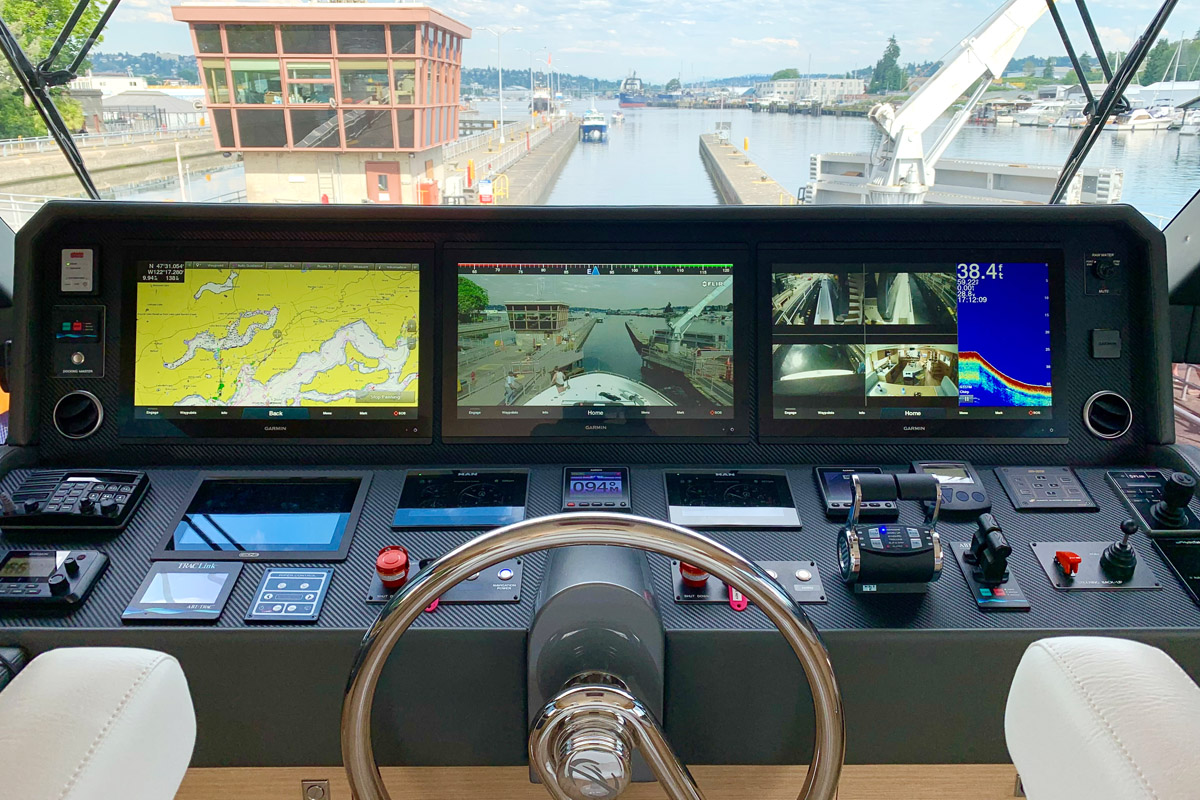 The owners specified light materials and colors throughout, and outfitted the interior in satin Anigre and a custom designed white oak with a light oak wood floor. Lighting was another big consideration and the team ensured there was ample lighting implemented throughout. The owners enjoy cooking, so the open, country-kitchen-style galley with island and dinette forward was an important feature. Heated granite floors add to the inviting nature of the space. 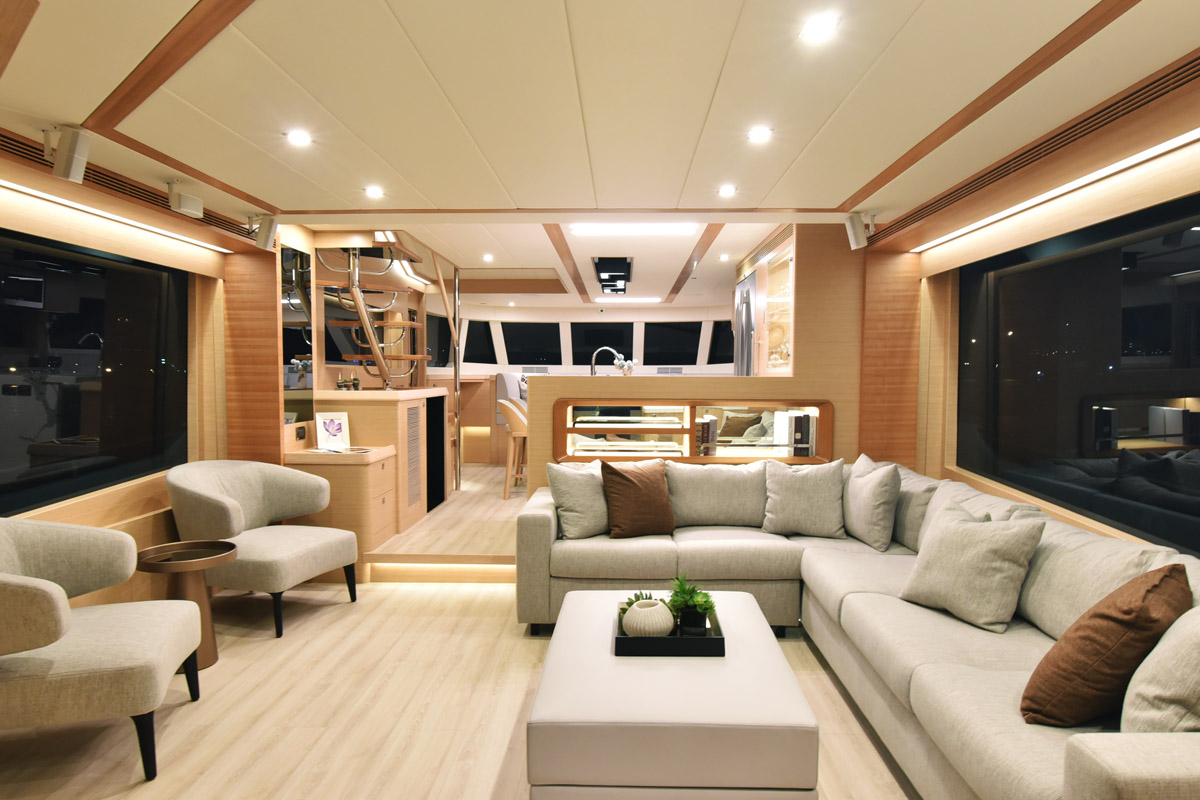 On the lower deck, the owners specified a four-stateroom layout with a full-beam master ensuite amidships, a bunk room, a convertible twin with a Pullman, and a king-size VIP in the bow. They also added a head and shower in the crew/storage area where there is room for a large single berth for overflow sleeping when necessary.

The convenience of five separate areas for socializing onboard - particularly the foredeck space and its ability to be shaded by an awning - was another factor that drew the owners to the V68 model. The owners were also impressed with the wide walk around decks that would allow their grandchildren to pass through each area safely. The aforementioned skylounge incorporates a large U-shaped seating area with a dinette and dayhead aft of the bridge.

Immediately striking in appearance thanks to a plumb bow design, the V68 features a hull design by Stimson Yachts of New Zealand. Stimson was also responsible for the engineering and tank testing. The unique vertical bow affords a generous beam and reduces drag at lower, displacement speeds. The larger hull beam not only makes for greater stability and increased interior spaces - hence the king-sized berth in the VIP - but also provides a superior cruising experience that is further aided by ZeroSpeed stabilizers and bow and stern thrusters. The owner upgraded to twin MAN V8 1,200hp engines and Good Buddy has been performing well with a 20-knot cruise and a 24-knot top end speed. 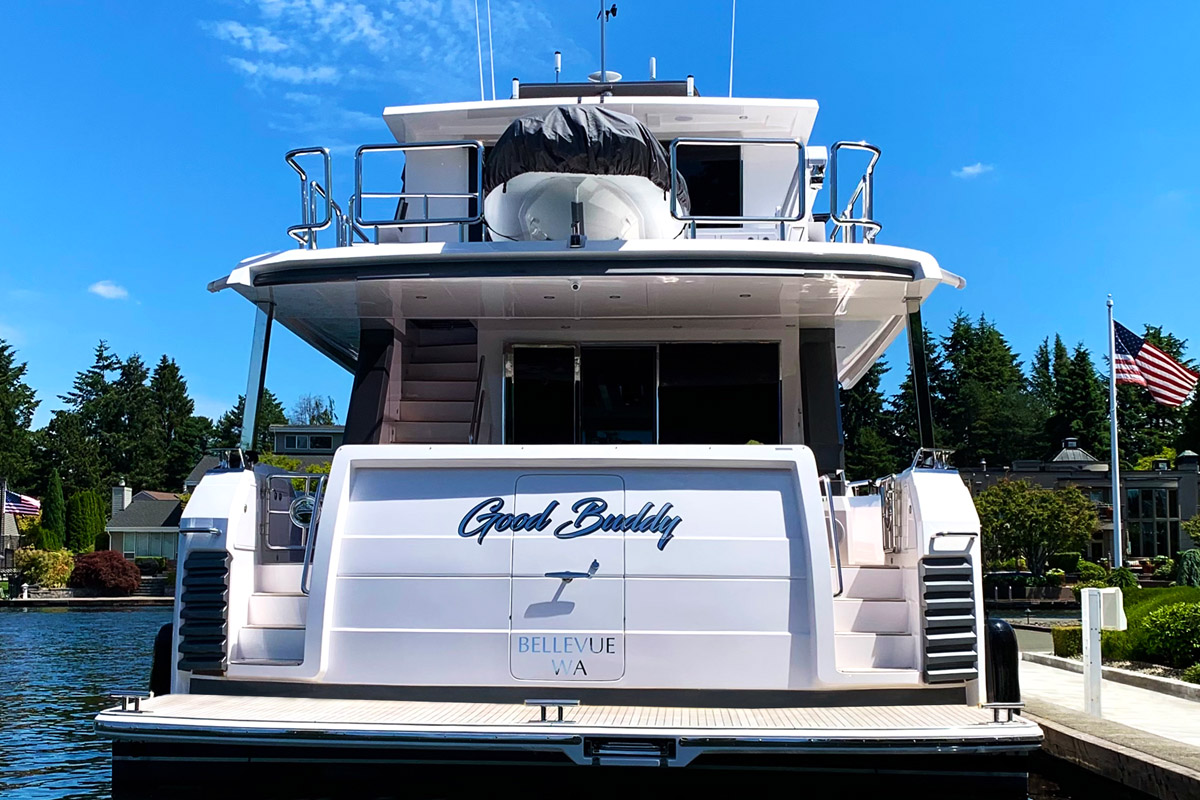 Having recently taken delivery of their new yacht, the owners say that meeting Jonathan Quin Barnett, the Seattle-based designer who lent his aesthetic, knowledge and layout expertise to the V68 model, coupled with the relationship they formed with Austin Lin and Randy Buckell, made them feel like an integral part of the design team and solidified their appreciation of the end product. They are already preparing for their second summer cruise in the beautiful San Juan Islands.

For more information on the Horizon V68 model, please contact Horizon Yacht USA at +1 561-721-4850 or email sales@horizonyachtusa.com.
We use cookies to enhance your experience. By continuing to visit this site you agree to our use of cookies.Learn More Here