Second Horizon FD102 Under Contract for 2020 Delivery to The U.S.

Share
Less than six months after a contract was signed for the first Horizon FD102 to a European owner, the second hull has been sold, with completion estimated for April of 2020. Accommodating a voluminous interior within a 25’ 2 ½” beam, the FD102 is the first superyacht model in the acclaimed Fast Displacement Series.

This new FD102 was commissioned for experienced American owners, who previously owned a boat designed by Cor D. Rover and appreciated his styling in the FD Series. Horizon’s willingness to customize the yacht to suit their needs sealed the deal.

Hull two has been specified as a Skyline version and features a spacious skylounge with an expansive lounging and dining area on the bridge deck. The tender and davit are situated forward which further adds to the multi-functionality of the deck space aft. The five-stateroom yacht features a full-beam master on the main deck with four further staterooms comprising a king, two queens and a twin on the lower deck. The main deck offers plenty of inviting areas for dining or relaxing, and a large lounge area comprises the main deck aft with access to the swim platform.

This newest FD102 Skyline is the first FD102 that will come to the U.S. as well as the first Horizon yacht for the experienced U.S. owners, who plan to put her High Performance Piercing Bow to the test with extensive cruising. 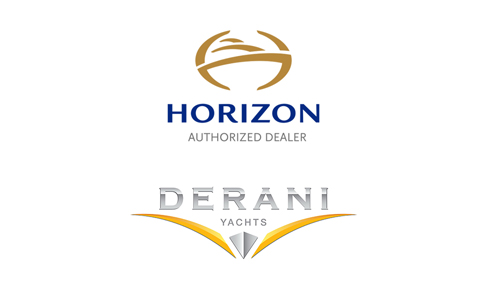 Horizon Yachts Partners with Derani Yachts for distribution in Thailand, Malaysia and Singapore 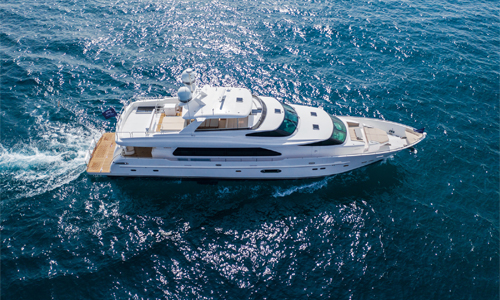 A New RP100 For The Australian Market 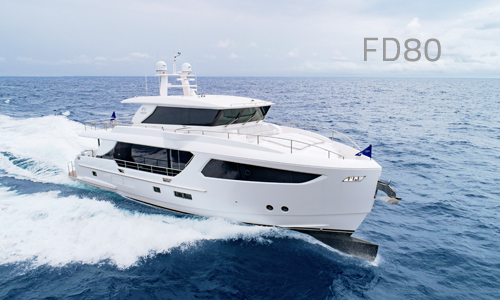